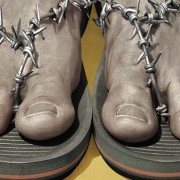 Back to News & Blog

What happens when you combine dead-on consumer insight with cutting-edge creative that matches the brand and a fearless client? A campaign that’s getting noticed around the world from the New York Times, Ad Age and Adweek to BuzzFeed to creative publications from London to Shanghai.

From a hot dog bun filled with writhing worms covered in mustard to a Speedo made of firecrackers with a lit fuse to barbed wire flip flops and three other even more uncomfortable images, the campaign clearly sends the message that “Summer’s different here” at the Andy Warhol Museum.

The campaign ads – among the first sights to greet visitors arriving at Pittsburgh International Airport – are also seen throughout Pittsburgh and the region in print as well as outdoor installations. And along with the international buzz, we’ve now been invited to display the campaign in Times Square.

How fitting that a museum designed to disrupt and engage with creativity would benefit from a campaign built on the same principle. The Warhol is getting tremendous interest and the world is seeing Pittsburgh differently too – as a hotbed of hot ideas.

To read more, check out: 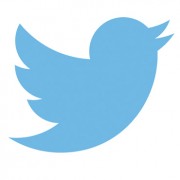